Honor the Fallen by Helping the Wounded 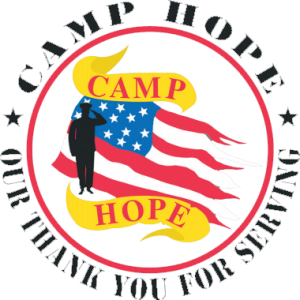 – Camp Hope serves as a getaway for many wounded military veterans. Founders, William “Mike” and Galia White opened Camp Hope after their son Christopher passed away while serving in Iraq in 2006. The White family uses Camp Hope to keep Chris’s spirit alive through serving veterans with disabilities and spreading his passion for the outdoors. While at camp, veterans feel at home with social gatherings and opportunities to explore the nearby streams, creeks, and trails. Camp Hope covers all expenses for veterans wounded in combat including travel, ADA-compliant cabins, food and supplies, and an attentive all-volunteer staff who are trained to work with veterans of all abilities. 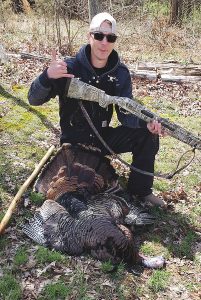 Joe was one of the first veterans wounded in combat to visit newly founded Camp Hope in 2007. After returning home from his service legally blind, Joe was looking for a sense of community and place; he found it at Camp Hope. For the past decade, Joe has remained a loyal supporter and has remained involved with camp through volunteering and serving on Camp Hope’s Board of Directors. Joe’s experience at Camp Hope has changed his life in many ways. He says, “I have a new sense of independence down here; I got part of my old self back. I healed in ways I didn’t know I needed to… I advocate for Camp Hope because it heals.” – Joe Bogart