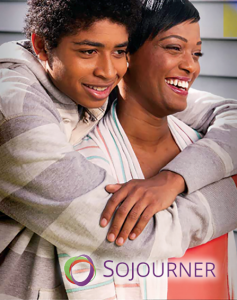 It started when she was young. When Sara was 10 years old, her father walked out on the family, shifting his adult-sized responsibilities onto her tiny shoulders. It was a devastating blow. Her siblings turned to drugs and alcohol to cope with their father’s absence while Sara put aside her feelings of abandonment to care for her family.

Years later, Sara’s struggles compounded when she met Jack. In some relationships, a partner doesn’t show their violent side right away, but Jack was violent from the start. Jack used Sara’s tendency to put others’ needs first as a way to manipulate and control her. To others, Jack was charming and charismatic and could talk his way out of anything, including when the police came to the house.

Sara’s calls for help went unanswered and with no support, she endured the abusive relationship. Sara quit trying to leave and eventually learned to follow Jack’s manipulative rules in an effort to minimize his abuse. She hoped things would improve when they had children, but unfortunately, his temper worsened.

Eventually, Sara had enough. She was tired of living in fear and wanted a new life – a peaceful life – for her and her children. She reached out to Sojourner and with help from an Advocate was granted a court ordered domestic violence injunction to keep Jack away from her home, car and workplace for four years.

Though she escaped the abusive relationship, Sara still felt mentally trapped. The trauma she experienced since she was young had left her feeling ashamed and afraid to open up – even in Sojourner’s support group. But over time, Sara found her voice. Surrounded by empathetic support from facilitators and group members, Sara challenged herself to confront the trauma she’d buried deep within.

Today, Sara is an active member of Sojouner’s Child Witness to Domestic Violence support group. With their encouragement, she and her children have found healthy ways to talk about the abuse they experienced. Sara’s days of being a hidden victim are over. These days, she uses her voice to help others find safety and healing.